Garden Heart, The Jems & Thyla, live at The Prince Albert in Brighton
The Prince Albert is a venue that can lay claim to many spectacular performances by a wide array of bands over its many years. The venue is often identified with every genre of music conceivable and is representative of Brighton being the melting pot of bands and artists that it is. Walking into the intimate upstairs room above a bustling pub, I was greeted be a sea of people from every walk of life. Comforting to know that the three young bands playing tonight had managed to attract such a diverse crowd.
Kicking the gig off were Thyla, an acoustic duo fronted by Millie Duthie with Chris Hall on guitar. The raspy vocals of Millie backed by the technical brilliance of Chris fit together exquisitely and with the band naming influences from Norah Jones to Feist, it is clear that they pay homage to their heroes well. The pair managed to captivate the burgeoning audience with their soft folk melodies that set an excellent plateau for the night to build on.
Thyla Facebook.com/thylamusic

Next up to perform for the now ample crowd were four part girl band The Jems, backed by a full band. The girls produced a massive sound befitting of a much larger venue than what can’t be more than a 150 capacity room. Covering songs like “Don’t Let Go” by En Vogue, “Hey Ya” by Outkast and “Give Me Love” by Ed Sheeran, the girls exude girl power with a natural knack for portraying emotion through four unique voices. The set also included original material written by Jordan Bradley (onstage playing keyboard for the band) which blended perfectly into a fun set. If they continue to write songs of such a high calibre, the band are sure to be making waves within the pop world in the near future.
The Jems Facebook.com/thejemsband
Headlining the night put on by Cable Club Promotions, were the almost undefinable Garden Heart. I say undefinable, because the band do seem to have the ability to transcend genres while still presenting a notably cohesive sound. Lead singer Lizzy Holt said to me before the gig, “I dare you to try and put us in a genre”. While the band do touch on a number of them, they never settle in one and to their merit, they pull it off. The now fervent crowd were appeased by a sound that is much more powerful live than the bands recordings would have you believe. Behind Lizzy’s seductive vocals, sit lucid three-part harmonies with just the right delivery so as to enhance without overpowering the rest of the ensemble. The highlight of the night was the bands cover of Daughter track “Youth”. Played with passion and dripping with sentiment, many would be forgiven for thinking that the band actually wrote the song. The performance was not only audibly pleasing, but visibly too. Drummer Josh Gale stood from his seat to play guitar, while Lizzy provided percussion on a floor tom to her side. The end of the set left the mesmerized crowd wanting more and with a set that stood only 30 minutes long, who can blame them?
Garden Heart now retire from gigging for a while to write and record until late in the year. If they can pour even a fraction of the energy and sound from their live show into the studio, then their release will surely be something special.
Garden Heart  Facebook.com/gardenheartmusic 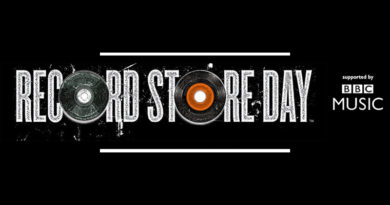 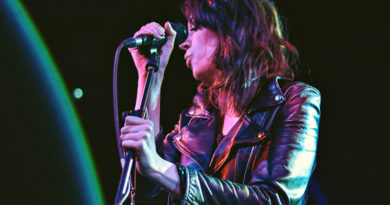 The Cat's Eyes at the Old Market 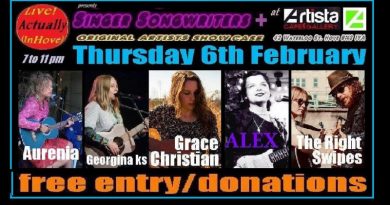