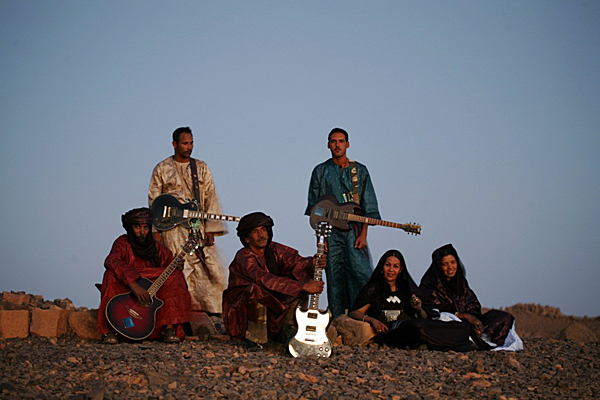 Uncut have announced that Tinariwen have won this years coveted Uncut Music Award.  Up against some stiff competition, ‘Imidiwan: Companions’, Tinariwen’s fourth album, won over Kings of Leon, Bob Dylan, Wilco, Animal Collective, Dirty Projectors, Grizzly Bear and The Low Anthem to be crowned the most inspirational and rewarding album of 2009.
Only in its second year, the Uncut Music Award has already gained a reputation as the most credible award in music. The artists’ nationality, age and sales figures are completely irrelevant as a judging panel of industry figures come together to decide on the winner. Tinariwen were unanimously chosen, by a distinguished judging panel of eleven key industry figures who included musicians Billy Bragg, of last year’s UMA winners Fleet Foxes’ Rachel Unthank and Robin Pecknold, broadcasters Mark Radcliff, Bob Harris, Danny Kelly and Christian O’Connell and, ex-EMI chief executive and chair of the BPI Tony Wadsworth, Stiff Records founder Dave Robinson, and Mark Cooper, BBC Head Of Music Entertainment.
From the Sahara Desert region of northern Mali, Tinariwen mix electric blues and Middle Eastern & African traditional drumming to create a unique sound of their very own. Formed in 1979, they rose to prominence in the 1980s as the musical voice of a new political and social conscience in the southern Sahara. In the early 2000s, Tinariwen started to gain a following outside Africa, first in the world music community and then on the wider rock scene, through frequent tours and appearances at major festivals in Europe and the USA.
Ibrahim Ag Alhabib of Tinariwen, said of winning the Uncut Music Award, “This makes us really really happy, all of us and I’m glad that this important magazine should recognise our music. It gives us the strength to carry on working and spreading the message about the peace of our desert home, and I’m glad that our music can cross the frontiers and talk to people around the world. Thanks very very much.”
myspace.com/tinariwen

Kimya Dawson's The Bundles In Brighton 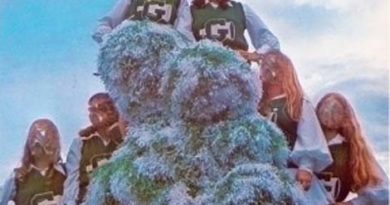