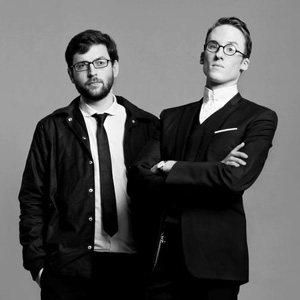 With work resuming on their album and a single – check it out below – due out January 28, The Correspondents are finding time to bring their enigmatic dance sets to Concorde 2. With Chucks rustling up a bit of everything from Blues to Dubstep and Jazz to Drum’n’Bass, and Mr Bruce’s neo-cynical song-speak to add an extra layer of resonance to the mix.
Their live shows have become somewhat infamous, with Mr Bruce’s sartorial adventures and effervescent esoteric choreography provoking euphoria in the crowd. They’ve maintained enough constant form to have placed successively o/n The Telegraph’s Top Ten Highlights of Glastonbury list.
£10  23:00  18+
Buy tickets at Gigantic.com
Check out more on The Correspondents at TheCorrespondents.co.uk

Iggy And The Stooges – Confirmed!

3rd May 2013
Subscribe
Connect with
Connect with
0 Comments
Inline Feedbacks
View all comments
SEE XYZ IT'S ON! Click for more