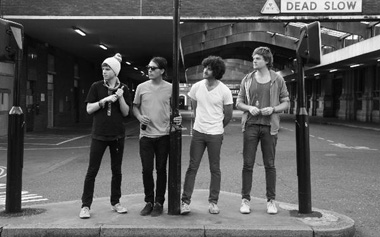 Portland’s funk-poppers couldn’t give a puck about anything other than writing unabashed hits and deliver the goods on this, their formerly self-released debut. The LCD dance groove of “Too Fake”, the good times sing-a-long of “Song Away” and the sunshine slink of “Learn to Lose” are mirrored and equalled across eight other crackers on this superb pop debut.

19th August 2009
Subscribe
Connect with
Connect with
0 Comments
Inline Feedbacks
View all comments
SEE XYZ IT'S ON! Click for more