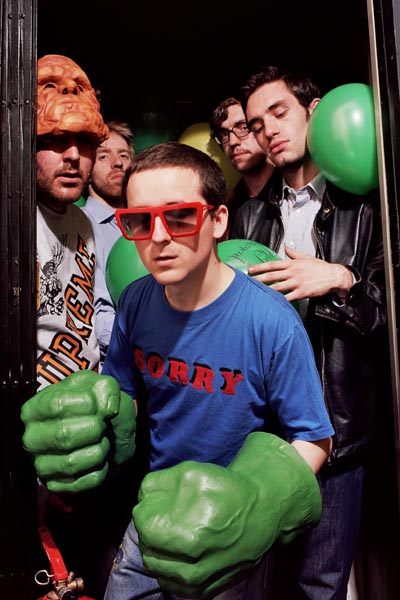 After both pulling off dynamic Glastonbury performances, LCD Soundsystem and Hot Chip have announced plans to play a series of co-headlining shows this November.
LCD Soundsystem released their third album “This Is Happening” to critical acclaim amid rumours that it would be their last, however their explosive sold out UK tour and Glastonbury shows prove that LCD are still one of the most relevant bands in the UK.
Hot Chip (pictured) have an enviable live reputation and have recently garnered further critical acclaim after their fourth LP which produced their first Radio 1 List single “One Life Stand.”
The bands will play London, Cardiff, Sheffield and Manchester. Tickets go on sale on July 23 at 9am.
lcdsoundsystem.com
hotchip.co.uk