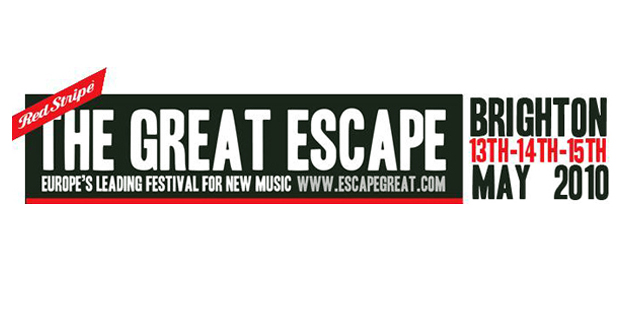 From the 13-15 May 2010, now in its fifth year, Brighton’s revered The Great Escape Festival returns to our shores to unearth the hottest bands from across the globe! 2009’s event saw 15,000 fans and music industry types flock to Britain’s favourite seaside town to witness a massive 400 of the newest and most exciting bands in over 30 venues, gaining The Great Escape nominations for Best Metropolitan Festival and Virtual Festivals Critics’ Choice Award at this year’s Festival Awards. Adele, Gossip, The Ting Tings, Jack Penate, Friendly Fires, White Lies and Speech Debelle all started here, and The Great Escape has an established reputation as a launch pad for the “next big thing”…

The Great Escape has also teamed up with Zimbalam to offer three additional exclusive performance slots at next year’s event to artists who sell the most music through Zimbalam distribution. Three of the best selling artists by March 1st 2010, as selected by a committee of judges from Zimbalam and The Great Escape, will win a slot, so to double your chances of playing the festival and for other exciting offers and promotions, go to zimbalam.com.
2010s line up will be announced in early February.

Super Early Bird Tickets for The Great Escape 2010 are available now for £35! This price is for a limited time only – the deal expires on 21st December 2009.