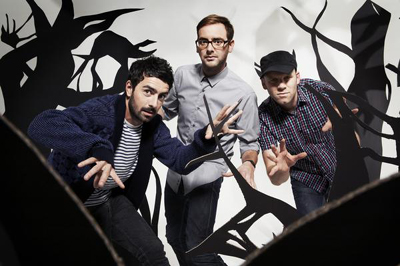 Filthy Dukes are riding high on the Radio 1 A-list at the moment with new single ‘Tupac Robot Club Rock’, and striking while the iron’s hot, the trio has just released details of a UK tour for November.

The ‘Nonsense In The Dark’ tour follows a summer of festival performances (including a massive three sets at Glastonbury!)  and will hit 11 cities across England.