Welcome to the XYZ Festival Guide! Here every month, you will find a look at what’s on for
the month ahead with prices and times, inside news from the big guns on the festival scene and the lesser known boutique events.

Snowbombing @ Mayrhofen, Austria; Monday April 1 – Saturday April 6
A week of festivites in the mountains, 14 unique venues, five mountain stages, four igloo raves, a 5,000 strong street party, a fancy dress theme and even more! Known all over for their whopper line-ups, which are a who’s-who of the best in current music, see Kasabian, Example, Katy B, Disclosure and MistaJam, topping a bill that’ bursting at the seams with the best acts
that’s bursting at the seams with the best acts around.
Prices start at £319 including all accommodation and entertainment.
Snowbombing.com 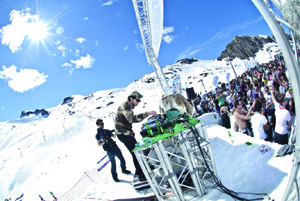 Hit The Deck Festival @ Bristol; Saturday April 20
The Nottingham one-dayer has added another  day to proceedings down in Bristol.  The first run of acts confirmed for both events includes Don Broco, We Are The In Crowd, Never Shout Never, We Are The Ocean, Bleeding Through, Title Fight, Army of Freshmen, Black Dogs, Bleed From Within, Evarose, Gnarwolves, and more.
Tickets for the Bristol event are £20 or £22 with aftershow. To buy tickets visit SeeTickets.com 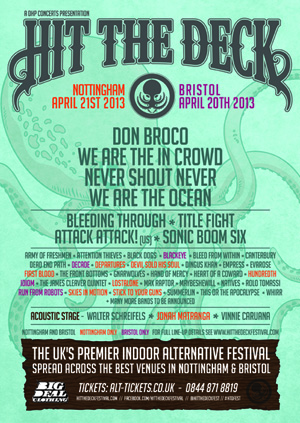 Groezrock @ Belgium; Saturday April 27 – Sunday April 28
Having started life in a small 400 capacity venue, this festival has exploded over the years, and now plays host to an international audience of 40.000 lovers of punk/ hc / emo / ska and rock  from across Europe, becoming one of the largest punk rock festivals in Europe.
Latest acts announced include Killswitch Engage, Attack! Attack!, Strife, Less Than Jake and The Starting Line.
Weekend tickets are 110 euros, with camping an extra 15 euros. Friday / Saturday only day tickets are priced at 70 euros.
For tickets and info see Groezrock.be 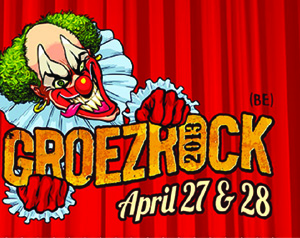 Elvis Weekender @ Bridlington; Friday May 3 – Monday May 6
Back for a third year, the highlight will of course be the Elvis Masters Competition, where professional tribute artists and wildcard entrants compete for a cash prize and the title of Elvis Masters Champion. The UK’s biggest cash prize ever offered for an Elvis contest, and the winner will also be on their way to Memphis, with a chance of winning the $20 thousand dollars cash prize.
Adult weekend tickets are £90.
See ElvisMasters.co.uk for more 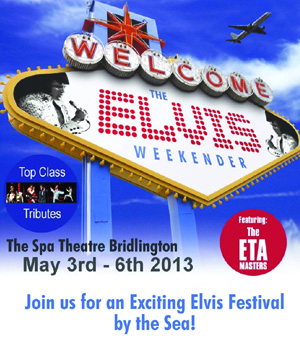 Takedown Festival @ Southampton; Saturday May 11
Brought to us by Advance Promotions, Takedown is back after a year off, in which it has found a new home in Southampton.
Festival goers can look forward to over 30 artists across four different stages of rock, pop, punk & metal.
Headliners confirmed include The Blackout, While She Sleeps, Don Broco, We Are The Ocean, Mallory Knox, Max Raptor and Arcane Roots plus loads more acts to be confirmed. There’s also an aftershow hosted by UPRAWR.
Early bird tickets are on sale now from £30, and there are coach options available online at the website.
For more information see TakedownFestival.co.uk 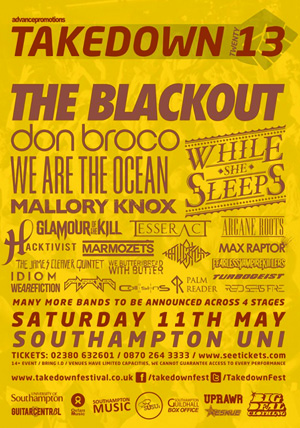 The Drums Stuck To The Ground