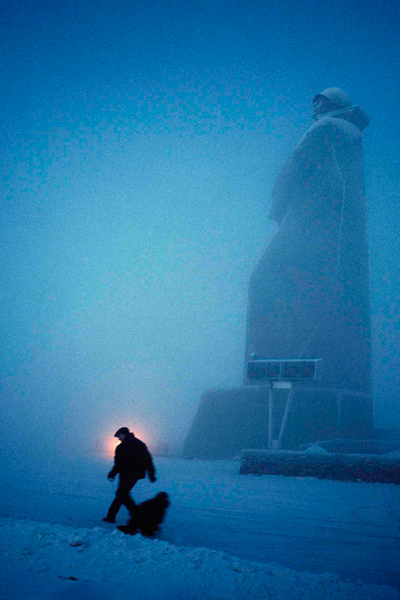 Crane Kalman Brighton are pleased to announce that they will host the first major showing of Polyarnye Nochi – a stunning body of work from the critically acclaimed British photographer, Simon Roberts.

Polyarnye Nochi focuses on winter in northern Russia, finding a region shrouded in darkness nearly 24 hours a day, a phenomenon known as Polyarnye Nochi (Polar Nights). Throughout December until mid-January, the sun remains below the horizon and there is only a faint glow of light visible around midday.

One third of Russia’s population live and work in these inhospitable climatic conditions. It is perhaps miraculous that factories, apartment blocks, towns and entire cities have been constructed in what should be a deserted, Arctic wasteland.

Polyarnye Nochi will be exhibited at the Crane Kalman Brighton Gallery on Kensington Gardens, opening on the 7th January to coincide with the traditional Russian Orthodox Christmas celebrations and running until 7th February 2010.