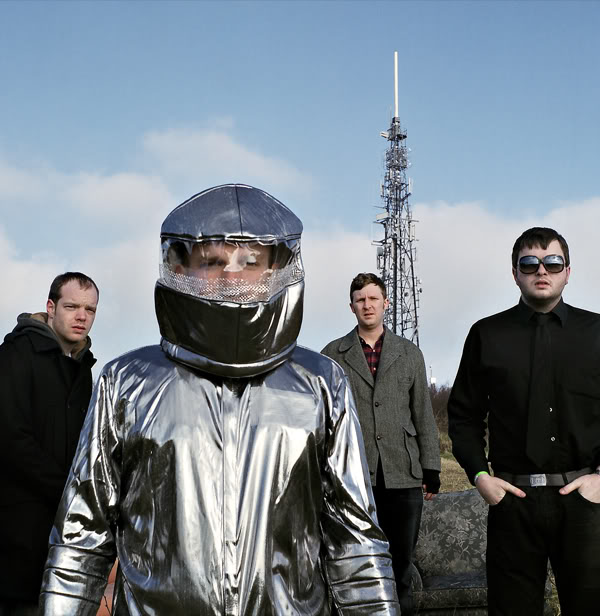 Brighton lads Brakes will play to a home crowd at Komedia early next month to coincide with their new double A-side single ‘Why Tell The Truth?’ / ‘Worry About It Later’.

Both tracks are taken from their acclaimed album ‘Touchdown’, and will be out on the 9th of November 2009.  Brakes have also just announced the release of a 20-track live album titled ‘Rock Is Dodelijk’, which is set for release on the 2nd of November 2009. ‘Rock Is Dodelijk’ captures Brakes thrilling live energy, and was recorded at a Brighton show last year, and in Cologne, Germany in May 2009. The collection of songs closely resemble a ‘best of’ compilation but this record has much more to offer, with Brakes stating this record “captures both the essence of a classic live album and the roughness of a bootleg”.

Brakes – last seen in Britain taking the festival by storm at End Of The Road, and are currently on tour in the USA – will return to the UK for four dates, and play at Brighton’s Komedia on November 9th 2009. ‘Why Tell The Truth?’ / ‘Worry About It Later’.

Tickets are available at komediabrighton.ticketsolve.com/shows

10th August 2009
Subscribe
Connect with
Connect with
0 Comments
Inline Feedbacks
View all comments
SEE XYZ IT'S ON! Click for more