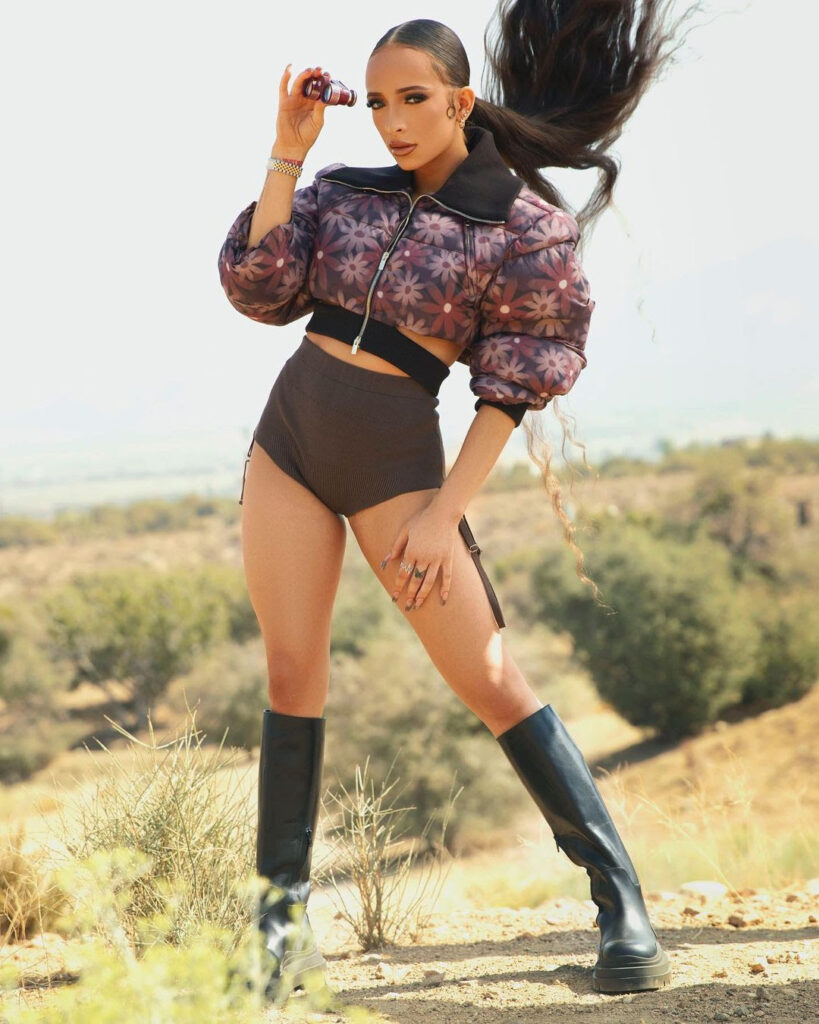 For the first 18 years of life her focus was gymnastics – however torn ligaments in her knee derailed her goal to compete in The Olympics.

Having picked up cello and piano at middle school she’d always written songs of her own, and inspired by her older sister, singer-songwriter Ry Dope, she put down her first tune at just six-years old!

Her father played multiple instruments, specialising in guitar and songwriting so with music firmly in the family it’s no surprise that it became her passion.

A captivating and evocative showcase, it’s a magnetic display of both her lyrical talent and her dazzling confidence – and also a lesson in self-love.

“Misplaced can mean a lot of different things, depending on who you are,” said the artist of her debut offering. “Personally, I misplaced who I thought I was. I would belittle myself and not step into my power. I was lost. At the end, I found myself.” “This project is about finding yourself and becoming the woman you are meant to be….”