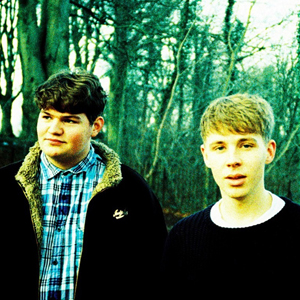 Brighton’s premiere bass-driven club night present a beefy bill topped by established chart-smasher Redlight, but propped up by fresh-faced men of the hour Bondax and Karma Kid. Forward thinking house music for the masses.
Fronting the killer lineup at Digital is Bristolian crossover king Redlight, whose 2010 hit “What You Talkin” About” propelled veteran garage MC Ms Dynamite back into the limelight on the back of oodles of sub bass and shimmering trance synthesisers. This marriage of more chart-friendly dance music and a strong bass sensibility (there’s something in the water in Bristol) have become typical in Redlight’s production, spawning a pair of top 20 singles last year, “Get Out Of My Head” and ‘Lost In Your Love’. Re-emerging with new single “Switch It Off”, Redlight begins his 2013 Europe tour at Digital to show that he still does pop hooks as well as savvy, eclectic mixes of bass, house and garage. A true dance behemoth with his fingers in the mainstream, but a heart well and truly cemented in UK bass proper.
Threatening to overshadow the bill’s headliner, Bondax’s pair of young producers are already storming 2013’s musical landscape after last year’s killer “‘Baby I Got That”. To their native rural Lancashire what Disclosure are to Croydon, the pair of dance music wunderkinds represent a woozier brand of smooth house than their South London peers. Their 2013 single “Gold”, alongside hit remixes for Rudimental, Rhye and AlunaGeorge, a US tour and countless sellout sets have shown the duo’s hold over this seamless blend of liquid house, sultry garage and lurching hip hop to be peerless.
That said, riding the same wave of young crossover producers is Derbyshire’s Karma Kid, whose eclectic production styles have covered Burial-esque future garage and, most recently, dancefloor-filling house with an ambient undercurrent, with his brand new single “In My Arms”.
Overall, whether you come for of the moment chart-toppers or forward thinking dance music, you won’t be disappointed by this set of masters and apprentices in the field.
£10 + BF, 18+, 23:00-04:00.
See more and buy tickets at Ticketweb