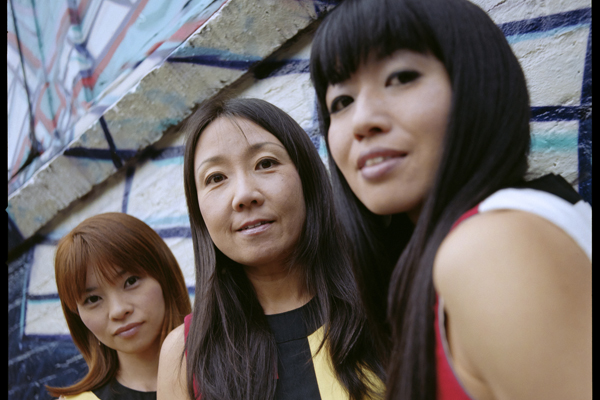 Formed in 1981, groundbreaking all-female Japanese, pop-punk trio Shonen Knife come to Brighton this week as part of their European tour in support of their fourteenth studio album “Super Group”. Shonen Knife still write infectious sugary pop crossed with uber-heavy rock inspired by late ‘70s punk like The Ramones and Motorhead. In a career that spans almost 30 years, Shonen Knife supported Nirvana on their Nevermind tour – with Kurt Cobain saying; “When I finally got to see them live, I was transformed into a hysterical nine-year-old girl at a Beatles concert.”
Sunday 23 May 2010
Doors: 7.30pm
Tickets: £11
@ Freebutt
shonenknife.com