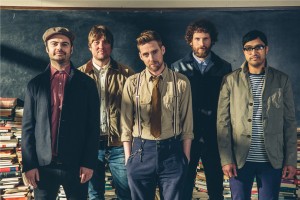 In 2004, these boys predicted a riot and a whole 7 years later, it only ruddy well happened. Now they’re either amazingly prescient, they’re lackadaisical social agitators or they know simply how to put an anthem together. 2007 hit “ruby” would seem to suggest it’s the latter. Though it received some mixed reviews, last year’s brilliantly titled “Education, Education, Education & War” struck a chord with the public, hitting no. 1 with ease. They’re sure to get the Brighton Centre shaking.
Doors 7.30pm, 14+, £28.
brightoncentre.co.uk