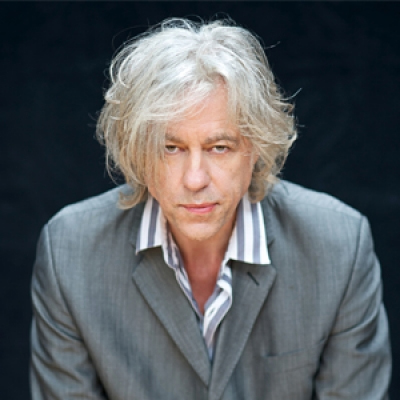 Touring in support of  new studio album “How To Compose Popular Songs That Will Sell” with tracks from the album and the hits of The Boomtown Rats. The Irish singer song writer come author come political activist gained notoriety as front man for Irish rockers The Boomtown Rats in the 70s /80s. Hits from the band include “Rat Trap” and “I Don’t Like Mondays”, plus  Geldof co-wrote the timeless festive hit “Do They Know It’s Christmas?”, one of the best-selling singles of all time.
Known widely for his anti-poverty efforts in Africa, in the 80s he and Midge Ure founded charity supergroup Band Aid to raise money for famine relief. They went on to organize concert Live Aid the next year and the Live 8 concerts in 2005.
Event goers can look forward to a full live show with live band at this intimate show with support from TWO SPOT GOBI
bobgeldof.com
twospotgobi.com