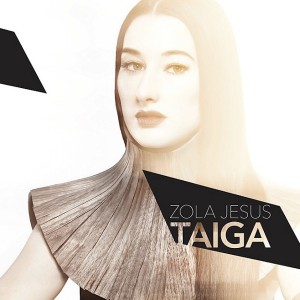 Zola Jesus “Taiga” – Album
Nika’s latest output is one of grand design. The racing pulse of the eponymous opener sets a tone we’ve seen from her before; at once urban yet otherworldly. But this album possesses an accessibility that was lacking in her previous efforts. Some cynics could argue that this ‘poppier’ sound was a predictable move for an artist whose first two records never quite seemed to get the kind of widespread recognition they deserved. But then, pop isn’t a dirty word. Far from it. Done well, it’s bloody life-affirming!
6/10, out now, Jimmy Volts
facebook.com/zolajesusofficial