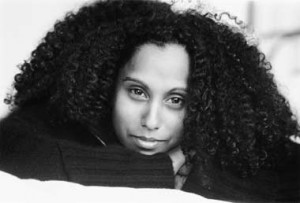 “This song is for Ganesh, the remover of obstacles” speaks Susheela Raman, composer, interpreter and tonight singer with her new London-based band. Raman has experienced much success already across Europe and it is certainly justified: her voice is an instrument that she controls with apparent ease, and this year sees the release of new album “VEL”, signed on Saregama, India’s biggest label. Four players join her on stage at intervals with different instruments at St Andrew’s Church in Hove.
As part of his tour, travel writer William Dalrymple reads extracts from his new book Nine Lives. The book is a selection of edited stories taken from interviews, from the story of the strict monastic practices of the Jain, involving a full head hair plucking initiation, to the brave prostitutes of the Saundatti region who believe they serve the goddess Yellamama.
We are introduced to Sharavanan and Bharati. On a Nadeswaram wind instrument that sounds like a call to prayer and pulsing Tavil drums, the acoustics in the Church do their job to warm the blood.
Born in London to Tamil parents of whose caste formerly dictated a preference for classical music and structures, Raman has spent the past four years in the company of a more relaxed approach. The third song has a party atmosphere and Raman explains that the style is not respected in certain class bound circles.
The audience clap along as instructed by the hypnotic figure of Raman. The only downfall is the church pews that restrict dancing, but this doesn’t matter, feet tap and hands tap along as the audience’s cheers reach up to the stained glass ceiling window.
Words by Lizzie Simner
worldsacredmusic.org