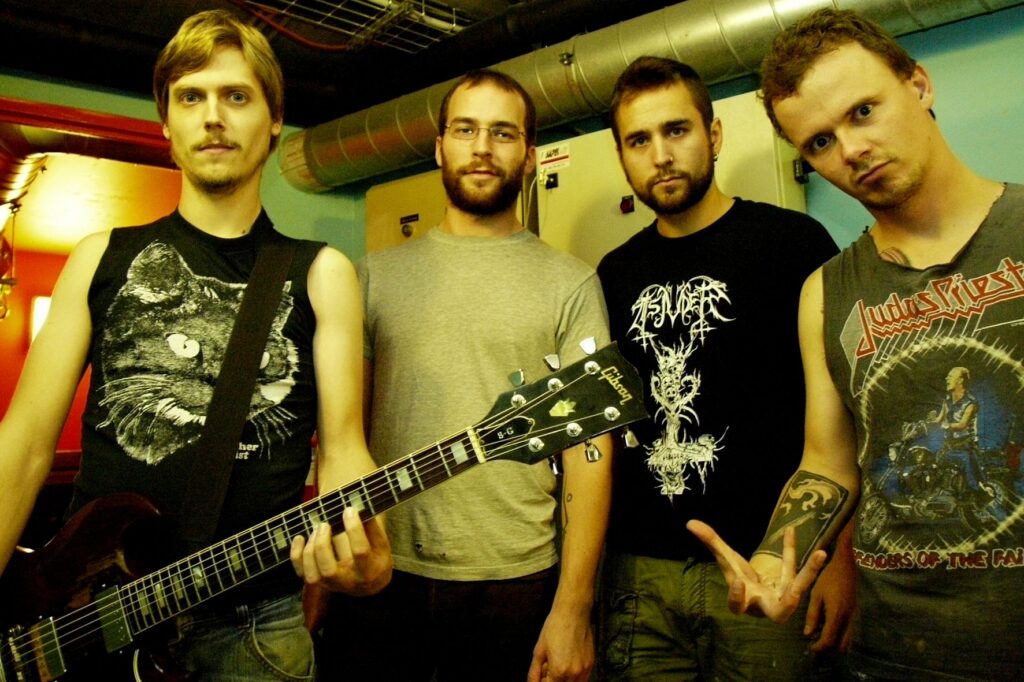 It seems like every fantastically loud instrumental band of the moment will be visiting Brighton this autumn: Lite, Russian Circles, This Will Destroy You… the list goes on and on. Kicking off what looks to be a superb period for live music in general were Chicago homeboys and dedicated fans of the distorted riff, Pelican.

Tonight’s openers, Miami’s Torche, were clearly not happy bunnies. Essentially three giant bears and a rather inebriated werewolf, they began late and consequently rocketed through their set with a vicious raw energy. The fact that you couldn’t actually hear the vocals and the only thing audible above the deafening de-tuned rumble was even more noise meant their set couldn’t really be described as enjoyable.

The obvious Isis comparisons/associations aside, Pelican have been chipping away the rock face for so long they could quite equally be referred to as veterans. They stood apart from the openers, taking a more measured, technical approach. Combining the intelligence it takes to make ten-minute instrumental metal tracks undeniably hypnotic with the visible enjoyment of playing THAT LOUD, the band really started to hit their stride after a couple of songs. The sweat-soaked audience seemed eager to participate in the journey as the band constructed their music in towering waves, grinding it out perfectly, layer upon layer. The resultant effect being that every additional note, key, or volume change drew vigorous adulation and yet more hair in my face.

By the time they finished and despite eager cries for more, it was clear we could all happily leave with what we were looking for: complete face-melt. Only one detail left a bitter taste; fifteen quid on the door, what’s that all about? Pardon my petulance, but you could almost see Sigur Ros for that!