While tonight’s crowd at the Freebutt are busy small talking, Brighton’s own Bad For Lazarus amble coyly on stage and erupt like bomb into a sick and twisted groove. The modest stage can barely contain them, with front man Rich Fownes diving into the crowd before uttering even a single lyric. Imagine the theme score to some psychedelic ‘50s surf movie and you wont be too far off their psycho rockabilly tinged stoner rock. The band sound just the way they look, all hair, spit and venom. But this was just the beginning, having set the agreeably squalid tone for the evening, the Lazarus hoard step down to make way for Leeds based four-piece Chickenhawk.
The lads appear calm and collected, but there’s a suspect look of intent in their eyes. Perhaps it’s because they know they’re about to tear everyone in the audience a series of new arseholes. As far a hardcore goes, these guys are relentless progressive pioneers. Their eccentric stage set-up mirrors their unique style, stationed all over the room as if adhering to some kind of premeditated battle plan. There are no clichés here, just innovation. This coming from someone who thought his shred loving days were long gone.

Having gratefully restored my faith in the genre, Chickenhawk flee the scene when an ominous vibe fills the room like smoke. Kong. The three-piece sound like the introverted psyche of some tortured human science lab experiment. The music is repetitive, abrasive and disturbing and is conveyed through masked alter egos that are as ugly as they are intriguing. Just when I thought things couldn’t get any more depraved, front man ‘Magpie’ takes the tone even lower. He wretches from side to side, pacing like a fearful stray dog before proceeding to vomit all over the stage floor. Shock tactics, or genuine illness, who knows? After filching every last shred of innocence from the audience, Kong depart, mercifully leaving everyone in the place amused and perturbed in equal measure. This band is a rare creature, and would probably be more at home in the psychiatric ward then on stage. I loved it!
James Watts
myspace.com/badforlazarus
myspace.com/chickenhawk
myspace.com/kongdom

Poetically just posting this expose to show that I seize your blog daily. 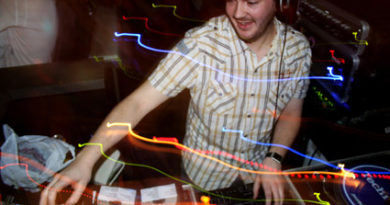 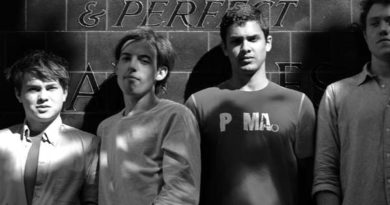