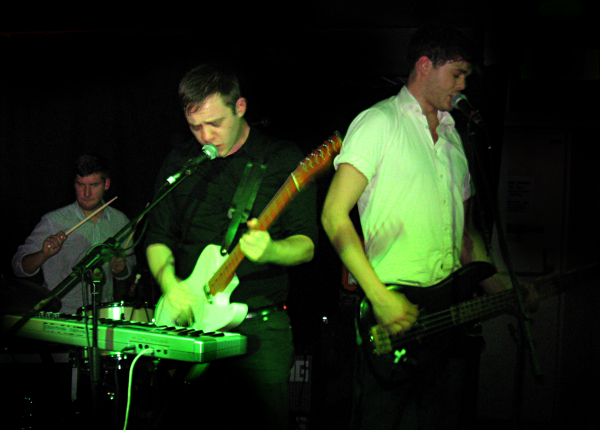 It’s nice to be surprised sometimes. Having become fairly well acquainted with Manchester’s Everything Everything through both their performance at this year’s Great Escape festival, and a fairly rigorous addiction to their MySpace page, I was expecting quite a lot from tonight’s performance. What I wasn’t expecting was two support bands providing quite so much in the way of killer pop hooks, brilliant falsetto vocals, laptops on ironing boards and live trumpet sampling. Both Brighton’s Rob The Rich and Scottish electro multi-instrumentalists Findo Gask were superb in their own right, and while space considerations prevents a full discussion of exactly why, my advice would simply be buy some tickets and find out for yourself.
By the time Everything Everything have morphed from enthusiastic onlookers into the evening’s main event, there is a palpable sense of anticipation in the air. They open proceedings bravely with the light ambience of ‘Tin’, which features beautiful vocal harmonies over a dreamy Eno-esq electronic soundscape. It’s a low key start, but in the context of the rest of the night’s offerings, gives a breathtaking display of the band’s versatility. Debut single ‘Suffragette Suffragette’ follows soon after, and somehow succeeds in marrying a Battles style drum and keyboard backing to a heavy guitar break reminiscent of Radiohead’s ‘Myxomatosis’ and a perfect pop chorus.
It is this kind of thrilling hybrid of styles that is central to the band’s approach. They wilfully chuck everything they feel like into a musical melting pot, twice, with scant regard for time signatures or the difficulty that HMV’s shop assistants will have in filing their CDs. There are moments tonight when this doesn’t always work. Some of the subtle nuances of tracks like ‘Hiawatha Doomed’ for instance, are somewhat compressed by the Jam’s low ceilings and cramped stage with only a few fragments of melody and some strained vocals surviving.
Overall however, they demonstrate an incredible flair for a huge range of musical styles, often within the same song, with the result that many of their four minute songs sound like absolute epics. ‘NASA Is On Your Side’ for example, starts a bit like a weird of hybrid of Radiohead’s ‘Pyramid Song’ and ‘Hmmm Hmmm Hmmm’ by the Crash Test Dummies, before gradually easing through 80’s balladering and into Sigur Ros territory.
It has the potential to sound like an unbridled mess, yet every song has a definite structure, sometimes only discernable after a few listens, and more often than not reveals an uncanny pop sensibility. The best is saved till last with a double whammy of ‘MY KZ, YR BF’, which features one of the best pop choruses of the year, and ‘Photoshop Handsome’ which perfectly sums up their crazed kitchen-sink alchemy in four minutes of perfect pop, at the end of a near perfect night.
Words and photography by Daniel Pearson
myspace.com/everythingeverythinguk 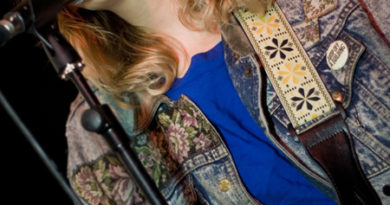 Doll And The Kicks