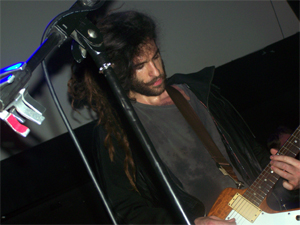 Nearly one year after his stunning debut album, King Charles’ reign over the UK is still going strong, and rightly so. Suited to his name, King Charles Graced the Brighton haunt with his eccentric and witty presence that attracted a procession of teenagers and this particular date had sold out. The evening would generally showcase the best of “Loveblood” and a handful of new tracks to tingle our taste buds.
Opening with new offering “MMM”, there was a strong buzz of excitement amongst the audience – a buzz that was ever growing until obvious crowd pleaser “Bam Bam” played and it was then the crowd started letting go and beginning the usual gig antics.
After bringing special guest Jessica to the stage, who lent her dazzling vocals to new song “Love Is War”, it was clear that his fresh material was stepping up his unique sound even further and these new tracks went down just as well as typical favourites “Mississippi Isabel” and “Love Lust”, which reassured all faith in his awaited second record.
We were all captivated from the start, and it was hard not to be due to the king’s electrifying and vibrant performance. But the definite highlight was the encore, in which he covered Billy Joel’s renowned “We Didn’t Start the Fire”, he even took the time to edit in references to Thatcher and others – updating and putting a spin on a classic. An immaculate and impressive finish to a fantastic evening.
Whilst flaunting his lyrical abilities on tracks such as “Ivory Road”, his marvellous theatrics, along with his flamboyance and garishness, it’s obvious King Charles knows how to put on a good show, and so effortlessly too. Long live the king.
kingcharles-music.com