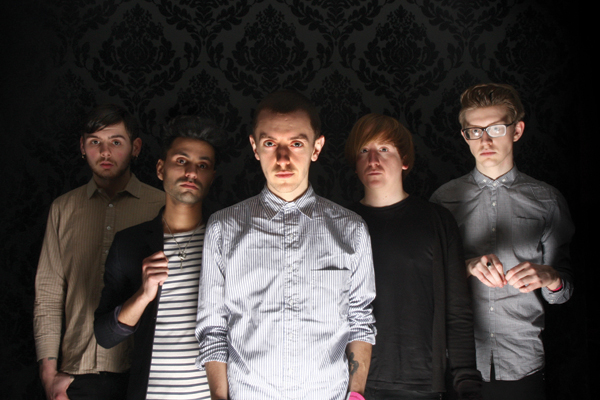 With only a handful of recordings to their name, yet interest and intrigue in the bucket loads, Chapel Club are a band on the verge of going… somewhere. Nestling somewhere within the realms of gloom-pop, their sound has garnered many comparisons to current and past peers, so to explore further, Dave Drummond caught up with frontman Lewis Bowman.

In your music there is a heavy dark 80’s, indie influence. Would you say that that sound was a conscious element you wanted to include, or did it come about naturally?
It was quite natural, in a way I’m kind of weary about talking about it. I didn’t even know that we had a sound, I’m still not even sure that we do. It’s becoming more apparent perhaps that we might… We used to sound a bit more industrial I think, all a bit more grinding… When I started to get a bit more confident about melody and stuff – because I had never done anything like this before I kind of took a back seat for the first few months. I was just getting used to what my voice sounded like through a microphone and that simple stuff. When I got a bit more confident, I wanted things that were a bit more interesting and emotional to sing. So the melodies became more – not fully pop – but a bit more accessible, a bit more hooky. And maybe that’s part of it, I’m coming at it from one angle, everyone in the band seems to approach it from different angles.

What happened with you and Universal to bag yourself a deal?
Basically we met a guy called James Oldham that works for Universal and he just came and talked to us and met us and was really into the songs, knew all the words, was telling us what his favourite parts were. He basically said to us “I like stuff, and all that I can offer you is that I like stuff and I’ll talk about stuff with you, and if you like stuff then maybe I can turn you onto some good stuff.” We were really worried about ‘what about the whole indie thing’ and then you kinda look around, and you see that most of the indies you hear about signing people nowadays aren’t really proper indies anymore. They’ve got people like Adele on their books; they’re doing alright. You just kind of think, as long as we get a deal that basically gives us complete control over everything; we choose the singles, we choose the artwork, we choose the poster that advertises our gigs in the NME. We do all of that. Most of the time [when] we aren’t choosing it, we’re doing it. We’re like “that’s what we want”, and it just so happened that James Oldham and his imprint on Universal were the ones who were like, “we will give you that, we totally respect that”… It’s really weird, coz everyone says that we signed for loads of cash, and it’s like… that’s what we had to give up to have complete control and a really good deal.

Have you got songs for an album ready to go?
Yeah, we have actually. If you speak to the other guys you’d get different answers. I know for a fact, because I’m the only one who knows – I’m the one who records all the songs we’re writing on my phone and brings them home and puts them on my computer… We’ve probably got about 25 that are finished, but of those 25 there’s quite a few that none of us would really want to play, but we’ve definitely got the ten for the album. We’re definitely doing ten tracks for the album, we’ve decided that. Yeah, but we’ve got the songs.

Is there a worry that the momentum you’re seeing now could fizzle out?
I wouldn’t say I worry about it, because I try not to think about it. Yeah, I guess it could… My view is, I know it’s not as simple as this, but I can’t help but feel like if we make good enough songs that connect with people on an emotional level lyrically and musically, they’ll make the radio. And if they don’t make the radio then we’re missing a trick. I don’t think that’s true of everyone; I don’t hear Deerhunter played on the radio anywhere near as much as I think they deserve. It so happens that something in our songs so far has appealed to radio and hopefully it’ll go on appealing, but it’s not like that’s what we’re all about. All we want is to make music that appeals to us and that when we play live it appeals to other people. And we’ve had such a good response. I really think, that if people talk about us having ‘a sound’, the only place you’re gonna hear it at the moment, because we’ve got so little recorded stuff done, is at the live shows.

Chapel Club play The Great Escape at the Prince Albert on May 13 and again at Life on May 15. New single ‘Five Trees’ is out May 31.

9th February 2009
Subscribe
Connect with
Connect with
0 Comments
Inline Feedbacks
View all comments
SEE XYZ IT'S ON! Click for more